(RNS) — Since the passage of the Affordable Care Act in 2010, health care “sharing ministries” sprang up as more affordable options to the policies offered by national insurance companies for the Obamacare marketplace. Often developed by Christian organizations, the sharing ministries had the further advantage of being exempted from ACA’s mandates on contraception and abortion. Small religious communities were told they could cover their members while preserving their moral principles.

The sharing ministries are not health insurance, though critics say they are often billed as such. Rather, they are cooperatives in which consumers pool their money to help each other through medical emergencies. While they have existed for decades, enrollment in these programs has been estimated to grow from about 100,000 members in 2010 to 1.5 million members in 2020.

Now US Rep. Jared Huffman, the congressman for much of California’s Bay Area, is going after what he calls deceptive marketing and dangerous practices of health care sharing ministries, charging that customers have been left with unpaid bills.

While industry experts note that some health care sharing ministries have provided generous coverage of large medical claims, they’re not obligated to do so and are not subjected to oversight and regulation, according to the resource site Verywell Health. The health shares don’t have to comply with any government health benefit requirements and can exclude treatment for mental health, substance use disorders and preventive care, according to The Common Wealth Fund.

Huffman said the exemptions were originally intended to allow “true religious ministries,” such as the Amish community, to “go their own way when it comes to funding their health care needs.” Instead, he said, “it opened a Pandora’s box for all of these Ponzi schemes.”

“The common problem is people thinking that they have health insurance-like coverage, and finding out the hard way that they really don’t,” Huffman said.

In July, Huffman introduced the Health Share Transparency Act. If passed, it would require health care sharing ministries to disclose a range of information to the Internal Revenue Service, the Consumer Financial Protection Bureau and other federal agencies, including data about financial reserves, the ratio of dollars collected versus how much was actually spent on medical services, and the number of people enrolled in the sharing ministries.

Health care sharing ministries would also have to include a list of services deemed ineligible for reimbursement and reveal to consumers that they are not insurers and are not required to pay claims. 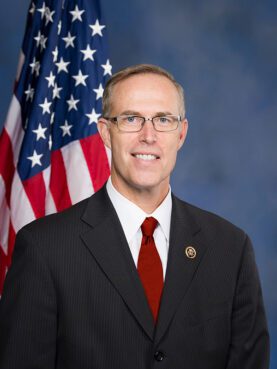 “What it’s really about is disclosure, and accountability, and making sure that there is some government oversight to protect consumers,” Huffman said.

In January, California Attorney General Rob Bonta sued the Aliera Cos. and the Moses family, which founded Sharity Ministries, a nonprofit that Bonta said purported to be a health care sharing ministry. Rather than paying its members’ health care costs, according to the state’s complaintAliera declined claims and retained nearly 84% of its members’ contributions.

Before California’s lawsuit, more than a dozen other states had already taken action against the company. Last summer, Sharity filed for bankruptcyleaving an estimated 10,000 families millions of dollars in debt.

Health care sharing ministries are fighting back to rescue the industry’s reputation. The Alliance of Health Care Sharing Ministries, a lobbying group founded in 2017, recently announced a new independent accreditation board requiring ministries to meet certain standards to “demonstrate their integrity and credibility.”

Katy Talento, the group’s executive director, said several ministries have already submitted their applications and are undergoing review. “We think this is the absolute best way to get the transparency and accountability that has been needed for a few years now,” Talento said. “We’ve seen the onset of some poser organizations in this space … pretending to be health care sharing ministries.”

The accreditation board will evaluate ministries’ processing time as well as dispute resolution and appeals, and total amounts shared and not shared among members, according to the alliance. It also looks into legal structure and governance as well as membership contribution guidelines.

Talento However does not support Huffman’s proposed legislation, which she called “misguided.”

“We don’t think that government is particularly good or allowed to meddle internally with the operation of religious ministry,” said Talento, adding that a voluntary accreditation entity can do more than what “any government” is “allowed or competent to do or have the time to do.”

RELATED: For some Christians, sharing medical bills is a godly alternative

Huffman isn’t likely to concur. In 2018, he helped establish the Congressional Freethought Caucus, which promote policies based on reason and science, protects the separation of church and state and, Huffman said, sheds light on “harmful actions that are undertaken in the name of religion.”

To Evelio Silvera, a spokesperson with Christian Care Ministry, which operates Medi-Share, the legislation is backed by progressive politicians whose “mindset and their goal is to eliminate choice from the American public when it comes to their health care decisions.”

Silvera said Medi-Share, now entering its 30th year as a health care sharing ministry, has distributed more than $6 billion in payments and discounts for its some 400,000 members. “We started as a small group of churches, of deacons knocking on doors here in Florida, inviting other Christians to explore a way to live … and meeting each other’s needs,” Silvera said.

He said Medi-Share is upfront about “how we are being good stewards of member dollars.” Medi-Share’s website notes it doesn’t subsidize “unbiblical lifestyles” and does not pay for abortions or drug addictions.

“We help administer the paying of bills between members, but it’s their voice, their wishes … in guiding how the program works,” he said.

Huffman’s legislation has been endorsed by secularist champions such as American Atheists, the Secular Coalition for America, the Freedom from Religion Foundation and the American Humanist Association, but also mainstream medical philanthropies such as the Leukemia & Lymphoma Society, the AIDS Institute, the Epilepsy Foundation , the National Coalition for Cancer Survivorship and the American Lung Association.

Nick Fish, president of American Atheists, noted that Huffman’s bill doesn’t aim to run health care sharing ministries out of existence, but would simply require them “to disclose exactly what this product is.”

In August, Fish filed a complaint against Apollo Insurance with the Missouri Department of Commerce & Insurance after one of the firm’s brokers allegedly recommended a health care sharing ministry plan to an American Atheist staff member looking for a health plan to cover her and her family as she sought to relocate out of the state.

Fish expressed concern that a licensed insurance broker, “as a first resort,” may have recommended a product “that is not insurance” and “attempted to attack” ACA plans, claiming they “don’t cover emergency treatment when traveling.”

“We certainly value and believe that there needs to be greater transparency, especially at the intersection of religion and health care,” Fish told RNS.